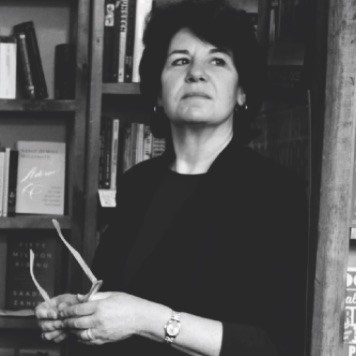 Nina Barrett, author of The Leopold and Loeb Files: An Intimate Look at One of America’s Most Infamous Crimes.

CHICAGO – The annual Chicago tradition marking the anniversary of the death of famed Chicago attorney Clarence Darrow will mark the 95th anniversary of the Leopold-Loeb murder case, which raised profound and disturbing questions about social class, criminal psychology, morality, justice, and mercy that are still relevant and thought-provoking today.

Darrow successfully defended Nathan Leopold and Richard Loeb from a possible death sentence after they confessed to the brutal murder of 14-year-old Bobby Franks in the spring of 1924.

This year’s Darrow symposium will, for the first time, be celebrated in a two-part format, beginning as usual March 13th at 10 am at the Clarence Darrow Bridge in Hyde Park with a flower-tossing ceremony to commemorate Darrow, including remarks, and a dramatic reading by Paul Durica, director of programs and exhibitions at Illinois Humanities. Durica will read excerpts from Darrow’s closing in the Leopold and Loeb trial.

For the past decade, Durica has produced talks, walking tours, and participatory reenactments dealing with Chicago and Illinois history. He created his first walking tour, Crime of the Century: Leopold, Loeb, and the Murder of Bobby Franks, while a graduate student at the University of Chicago. Durica continues to give the tour for the Chicago History Museum. Illinois Humanities is the state affiliate of the National Endowment for the Humanities.

The annual Symposium on topics relevant to Darrow’s life and work will be held March 13th at 6 pm at the Newberry Library, 60 W. Walton, where author Nina Barrett will give a talk based on her recently published book The Leopold and Loeb Files: An Intimate Look at One of America’s Most Infamous Crimes.

Both events are sponsored by The Clarence Darrow Commemorative Committee, whose mission is to honor and remember the life, work, values, and philosophy of famed Chicago lawyer Clarence Darrow (1857 ‑ 1938).  Particular emphasis is placed upon Darrow’s devotion to the American ideal of the universal application of the rule of law for the protection of all persons and causes, no matter how unpopular. For many decades the Committee has gathered admirers, academicians, judges, lawyers, advocates, and fans on the anniversary of his death to summon his spirit by throwing a wreath into the water at the bridge in his beloved Jackson Park, where he once, as a bet, said his spirit would return if it turned out that communication was possible from the afterworld. To ensure that his spirit does, in fact, return, the Committee then organizes a Symposium to discuss a topic that would have been dear to Darrow’s heart.

Information about both events

The short commemoration with flower-tossing, brief remarks, and dramatic reading of Darrow begins at 10 a.m. just EAST of the Clarence Darrow Bridge in Jackson Park (the bridge is under construction).The Darrow Bridge is behind the Museum of Science and Industry: Driving south on Lake Shore Drive, pass the light at 57th Drive and turn right at the next light [Science Drive]. You will come almost immediately to Columbia Drive. If you turn left and follow Columbia Drive there is parking near the bridge. This event is free and welcome to the public and flowers are provided for participation in the tossing ceremony.

Free and open to the public. Copies of The Leopold and Loeb Files will be available for purchase and signing. Register using this online form by 3 pm Wednesday, March 13. The Newberry is located at 60 West Walton Street in Chicago.Doors open half an hour before the program begins, with first-come, first-served seating for registered attendees.If space permits, walk-ins will be admitted 10 minutes before the event starts.

People with disabilities and other accessibility concerns can request to be seated first. To reserve an access-friendly space in the room, first register using the link above, then email publicprograms@newberry.org at least 48 hours before the event. Seats arranged in this way will be held until 10 minutes before the event starts.